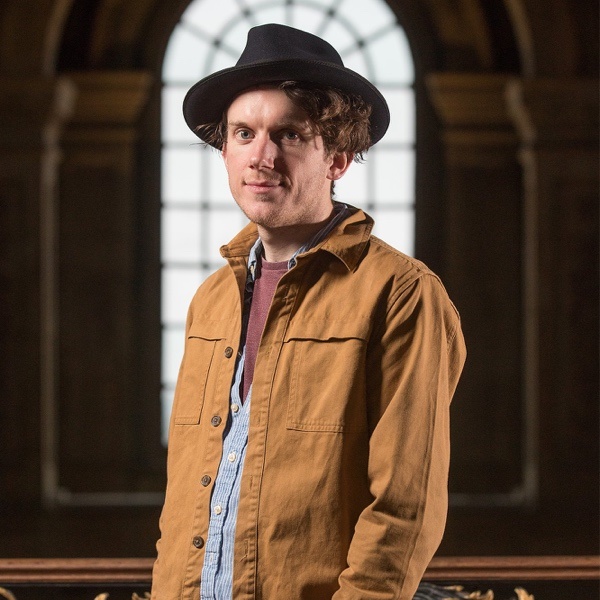 Alexander Wright is the creator and director of The Great Gatsby, which is currently wowing audiences in its brand-new West End venue IMMERSIVE | LDN, continuing its record as the UK’s longest running immersive production. We got a chance to ask him about his thoughts on 1920s fashion, the allure of the Jazz Age and the appeal of immersive theatre.

What has been the most memorable moment for you working with The Great Gatsby?

There’s been some pretty amazing moments. Seeing in the New Year stood on a bar in room full of hundreds of champagne swilling people was fun. Also the day to day beautiful, magic moments in the show for one or two audience members always stop my heart. We ran the show in a gorgeous hotel in Belgium where we devised some one-on-one scenes in their old lifts, which you could jam between floors - that was a real winner. And watching hundreds of people dance the Charleston never gets old!

What can you tell us about the show?

The show is a narrative led, interactive and immersive production of F Scott Fitzgerald’s seminal Jazz Age tale. You arrive for one of Gatsby’s infamous parties and the show and story rolls out from there, across jazz bars, libraries, bedrooms, boudoirs and secret spaces. Everyone comes dressed to the nines, looking their best, and ready for an adventure.

What is it about 1920s fashion that makes it so timeless yet relevant?

It was a wild time. Rules were being broken left, right and centre - music rules, societal rules, and fashion rules. It was a real liberation. Everyone started to dress how they wanted too, rather than how they felt they should. And it’s a gorgeous era for fashion - everyone looks amazing dressed in their 1920s best.

How authentic to the 1920s are the costumes?

We have worked with Heledd Reiss, an amazing costume designer, who has worked with all the fashions of the era whilst also making sure that everyone looks super suave for the 21st century too. So the cuts are a little updated - we need everyone to look incredible, rather than like a museum piece. And my goodness do they look good.

What are the challenges in creating such an immersive piece of theatre?

There’s many, but they’re all joys to try and figure out. And it’s always about story and audience. How do we tell this bit of the story best for these people? We’ve taken the show to a range of venues and buildings now, and because the show takes place across so many spaces you have to remake the show for each new place, as timings and journeys change so much. So we are always working and making and rehearsing to get everything just right.

You also created the immersive Wolf of Wall Street and A Christmas Carol, where does your passion for immersive theatre come from?

I think it comes from being quite bored and disillusioned with sitting in big dark theatres, acres away from the stage and the story. When we started, we wanted to be in the middle of it all and to put the audience in the middle of the story. It feels far more logical than making all the audience sit in rows and face one way. If you story is about a party, or a feast, or a frenzy then it makes much more sense for the audience to be a part of that party or feast or frenzy too.

What do you think audiences get from immersive theatre they don’t get from a traditional theatre?

A unique and live experience. Theatre always innovates as a form and a live medium. In immersive theatre you can create moments, experiences, happenings and tell stories in ways that you absolutely can’t do on film, or tv. Theatre’s real virtue is it’s live and active connection between story and audience - immersive theatre turns this relationship all the way up to 11 (to borrow a phrase from Spinal Tap).

What would you say to anyone thinking of coming to see The Great Gatsby?

To absolutely come. Some people are nervous about immersive work and the idea of ‘audience interaction’, but it’s not what you might expect. You can spend your evening chasing a story across a building, or sat at a table in the main Jazz Bar and both ways - and any ways in between - we’ll be sure that you get a great story and a great show. It’s a theatre show, it’s about story and characters and people making terrible decisions. Get dressed up in your Jazz Age gear and head on down.

Do you encourage the audience to dress in 1920s outfits?

We do. It’s absolutely okay if you don’t, too. But the huge majority of our audience come looking incredible. And it’s amazing how much it changes the show. To have a room full of dressed up people, who have bought in to the whole night before they even left the house, is amazing - it makes for such a spectacular evening.

How and when did you fall in love with theatre?

Why do you think Gatsby has been so successful?

F Scott Fitzgerald has a lot to do with that. It’s an incredible story at a fascinating moment in history. As a story it absolutely lends itself to being an immersive show. It’s so enigmatic, there’s so much going that you want to know about but can’t dig in to in the book. So we get to do that in the show. Inviting people to explore that whole world is a real privilege for us.

Do you think there's a sort of fascination around Fitzgerald's material?

Yes. He absolutely spoke to and of a particular and incredible moment in history. A moment of excess and hedonism right before a huge crash. I think those big moments, distilled down in to people and their decisions and their behaviour, is almost addictive. And it also resonates hugely with us still. Those stories have endured and become more and more powerful - he’s an incredible storyteller.

When did you decide you wanted to get into immersive theatre?

Well, honestly at about 3am one night at university where we were trying to build a set and ran out of space to put the audience, so we decided they’d just have to go in the middle of the set. We were building a surreal house, and it took up the whole theatre, so the audience just had to be in and around the house. So they became part of the world. That little moment, that little 3am accident, is accountable for quite a lot!

How do you make it feel “real"?

Actors are the absolute heart and soul of immersive work. We work with some amazing people to create really whole characters, and really whole worlds. We think a lot about why those characters make the choices they do, and what drives them to do that. As people we are always wanting stuff. A chap called Jacques Le Coq said ‘All sound comes from silence and all movement comes from stillness’ - the notion that we only move or talk to get what we want. So we work with amazing actors to figure out what all these people want, and what they do to try and get it. In that way we can create really well rounded characters that feel real and can drive a huge story forwards with big decisions and big consequences.

What’s your favourite part of the job?

People - meeting people, working with people, imagining and creating with people, leaning from people, hanging out with people. There are so many amazing people in and around our shows and it’s an absolutely awe inspiring pleasure to make work with them all.

What advice do you have for someone who wants to become a director?

We all learnt by doing, by getting on with it and not waiting for other people to give us permission or offer stuff up to us. So finding a way to work, to try stuff, to get it wrong and learn and try again is so very valuable. And to find your people and pals to do that with. And to not take it all too seriously. It should be pretty fun.

What is your favourite decade in terms of fashion and why?

Absolutely the 1920s. And into the 30s, I guess. But 1920s fashion is a sheer joy. It’s like jazz music but in fabrics and cuts and patterns. Liberating, joyful, expressive and very very cool. 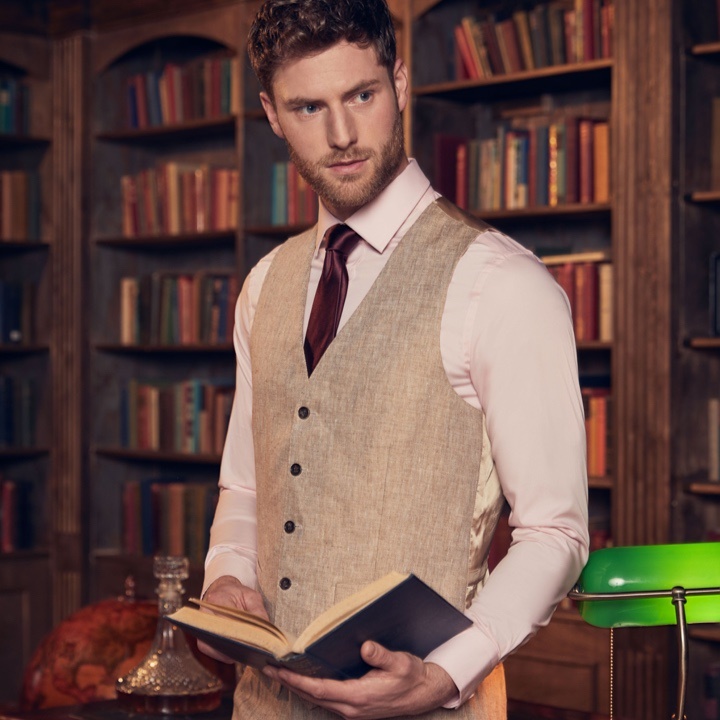 Hawes & Curtis is thrilled to be the official partner to The Great Gatsby, the longest-running immersive theatre production in the UK. To celebrate this stylish collaboration Hawes & Curtis has curated a limited edition collection inspired by the roaring twenties.

Hawes & Curtis is extremely proud to the official partner to The Great Gatsby. We caught up with the creator and director Alexander Wright to ask him about his thoughts on 1920s fashion, the allure of the Jazz Age and the appeal of immersive theatre. 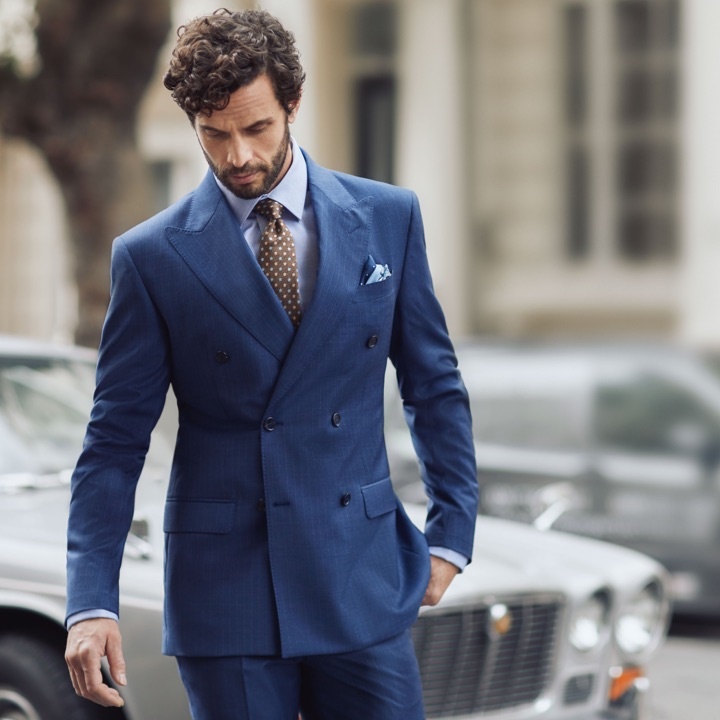 For International Suit Up Day, we pay homage to the suit - a classic menswear piece that has been a sartorial stable for centuries.