Lord Mountbatten, great grandson of Queen Victoria, was a celebrated British naval officer who oversaw the defeat of the Japanese offensive towards India during World War Two. In 1947, he was appointed the last viceroy of British India, charged with handing India back to its people. For six months, Mountbatten lived in Viceroy’s House which had been the home of the British rulers of India for more than 300 years. 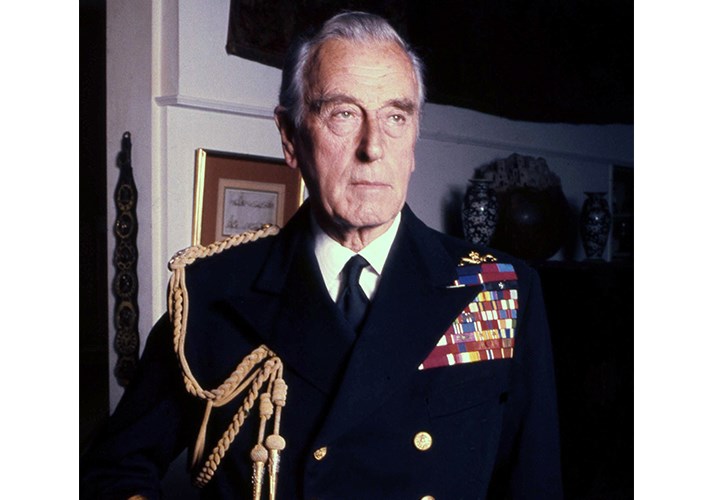 Hawes & Curtis dressed Lord Mountbatten for most of his life and he introduced members of the Royal Family to the brand, including Prince Philip who went on to grant Hawes & Curtis a Royal Warrant of Appointment. On the 20th of December 1920 he wrote a thank you letter to Mr. Curtis:

Seventy years after the Partition of India, director Gurinder Chadha’s critically acclaimed film Viceroy’s House tells a powerful true story about the events that unfolded during this dramatic period in global history. Hugh Bonneville stars as Lord Mountbatten opposite Gillian Anderson as Edwina Mountbatten in this epic movie, in cinemas nationwide March 3rd.

We are thrilled to have partnered with Pathé to co-promote the film and  showcase our phenomenal heritage and product design, which has long been acclaimed by famous customers including the Duke of Windsor, Cary Grant, Fred Astaire and of course, Lord Mountbatten. This partnership is a natural fit for us because Lord Mountbatten was one of our most renowned customers. Our exclusive capsule collection harks back to our royal heritage and showcases our longstanding history.

We have curated a collection inspired by the film Viceroy’s House. The collection consists of fine British tailoring with contemporary design twists. Here, we present the key pieces from the collection:

For men, garment-dyed chinos, lightweight cotton Oxford shirts and Bengal stripe silk ties will stylishly take you through to the summer.

For women, paisley prints in a vibrant palette take centre stage. Choose from pure cotton shirts or feminine satin blouses in flattering fits. Our silk and wool scarves will add the finishing touch to your ensemble.